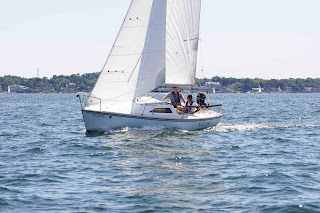 Ships, a harbor, and being out on the water are essential parts of my life, without question. But I don't own a boat, I am not a member of a yacht club, and I depend on good friends who welcome me on the water, and on their boats. I couldn't exist without the ocean, the sea breeze, and the constant noise of seagulls, buoys, and waves. I literally have gained strength from the sailors who have greeted me and made me feel welcome on their voyages. For me, saying to someone, "Sure, I would love to come sailing with you," is a full-on commitment to the waves, the storms, the wind, and so much else. I fully admit that "Hey, Sailor!" is part of my vocabulary, and I'm not sorry for it.

Recently I had the chance to sail with James Ashton, proprietor of Sail Satori.com (https://www.sailsatori.com/) James is accomplished on the water, as well as in the corporate world. In addition to being a Captain and sailing instructor, James is also a life coach and executive coach/trainer.

He invited me on the Satori, a Catalina Capri 22, which, in my own opinion, is the bomb. James was so helpful because I'm often unsteady, even on dry land. The ocean is part of my very soul, but I could fall on my face on flat dry pavement, during daylight hours. Seriously, I barely get across my living room some days without kissing the floor; being on a boat, with waves, lines, and the pitching sea, is a whole other kettle of fish. While I love the sound of metal lines against the mast, the clanging halyards, and the scent of the sea, I am, with no argument, a noob. A "plebe" as my mother, a Navy veteran, would say. While I love the sea, I am not a sailor. 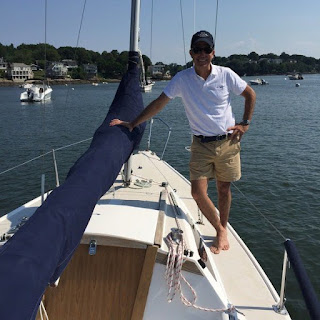 Despite all of that, James took me on. Sailing is his bailiwick, and he nails it. He is committed to teaching, to passing on his love of the ocean, its spiritual presence, and the gift of waves and wonder. While he spent a good amount of time in the corporate world of media, marketing, and corporate communications, his love of sailing and open water has been part of his heart for decades. He told me that looking at a Styrofoam boat in a catalog when he was a boy, was his first indication that he wanted to be on the water. He carried around a picture of this basic boat, knowing that he would sail, someday. Eventually, he made it, from Appleton, Wisconsin and Long Island Sound, to Boston and finally Marblehead Harbor. 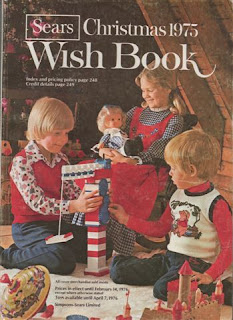 When I stepped aboard the S/V Satori, I knew it was going to be quite something. The day was idyllic, with fair winds and following seas, blue skies, and a beautiful boat. What could be better? It's entirely possible I am biased because if I just get to be near an ocean, my day is made, but it was more than that. It was a chance to connect with the sea. James can make it happen, and it's because sailing and being on the water matters to him. There is real science to it as well; multiple studies show that being near an ocean impacts the brain. Negative ions, saltwater, and lots of other stuff combine to make the sea air restorative. Satori is a Japanese Buddhist term for awakening, comprehension, and understanding, so it's a perfect name for what happens on this boat.

Guests aboard Satori can learn basic sailing terms, how to tack, catch the wind and hoist the jib, but they can also take in a sunset and just be. Plans include workshops in the fall, in conjunction with Creative Spirit, a local center for creativity and personal training that his partner, Peyton Pugmire, owns. Satori has hosted people on silent sails (something I would fail miserably at), and in addition to caring for the boat and her passengers, James is passionate about sustainability. He hopes to work with local yacht clubs and sailors in efforts to keep plastics and other pollutants from impacting the ocean. 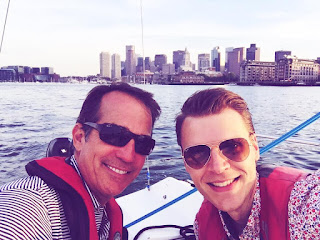 There simply are not enough words to describe how healing being on the water is for me, and it was a joy to meet someone who gets that. Sailing is a lot of work, but it's so worth it. As we cruised through the harbor, with the sun going pink as the gloaming hour approached, it was clear that Satori is almost magical. We are so very fortunate to live where it's possible to take to the sea and be held, as Cousteau said, in its "net of wonder."

Like what you see? Leave me a comment! If not, let's just keep it our little secret 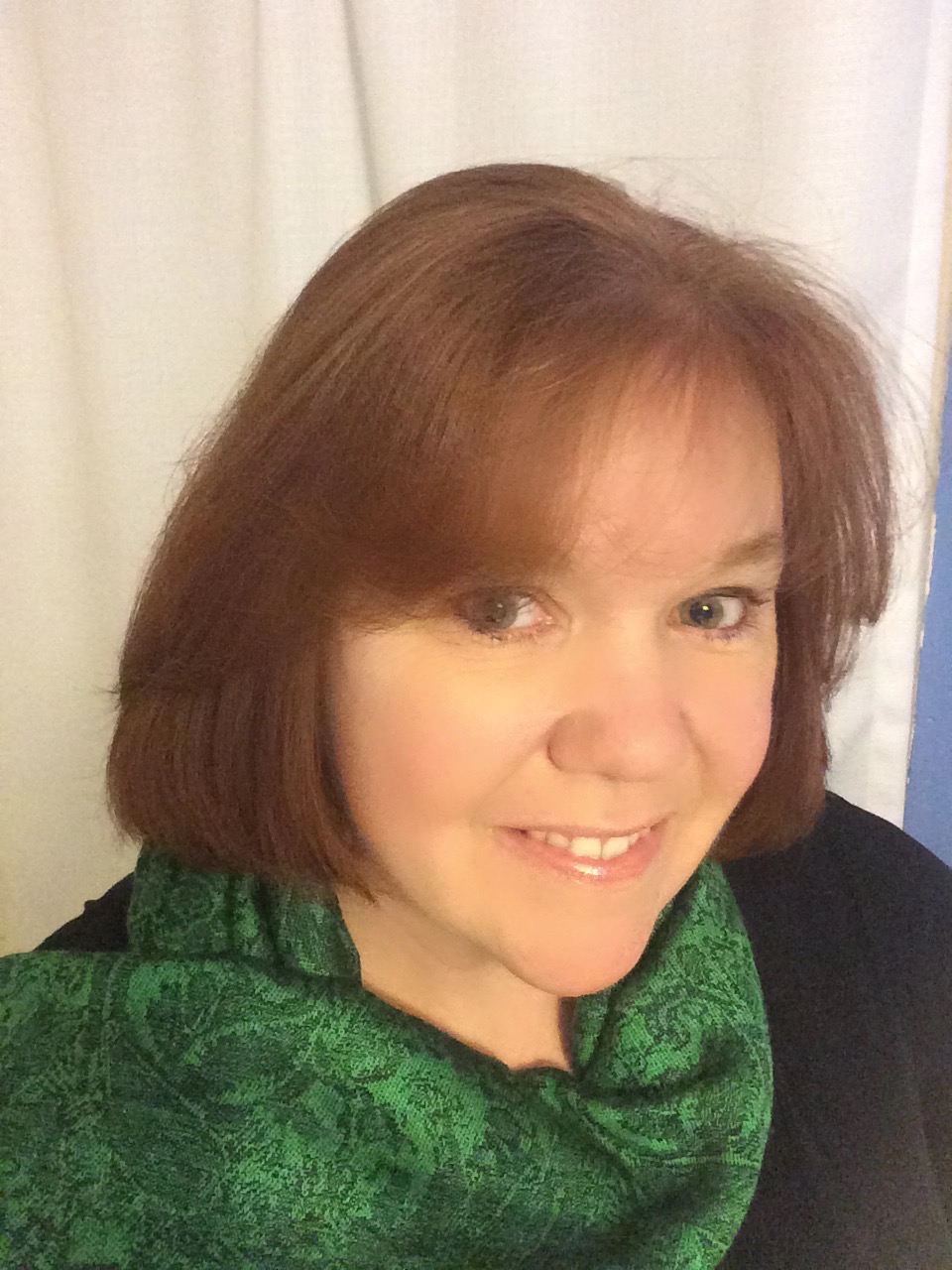 Brenda Kelley Kim was born and raised on the North Shore of Boston, where she still lives with her family. She loves anything to do with the ocean. She attended Marblehead High School and Saint Michael’s College, staying active in the alumni groups of both. Her column, "Not the Same Old Thing" appears weekly in the Marblehead Reporter, and somewhat less reliably in other GateHouse Media New England publications. She has worked as a federal law enforcement officer, a travel and tourism web content specialist, a special needs pre-school teaching assistant, a diner waitress and a mystery shopper and has finally settled for being a starving self-published author.